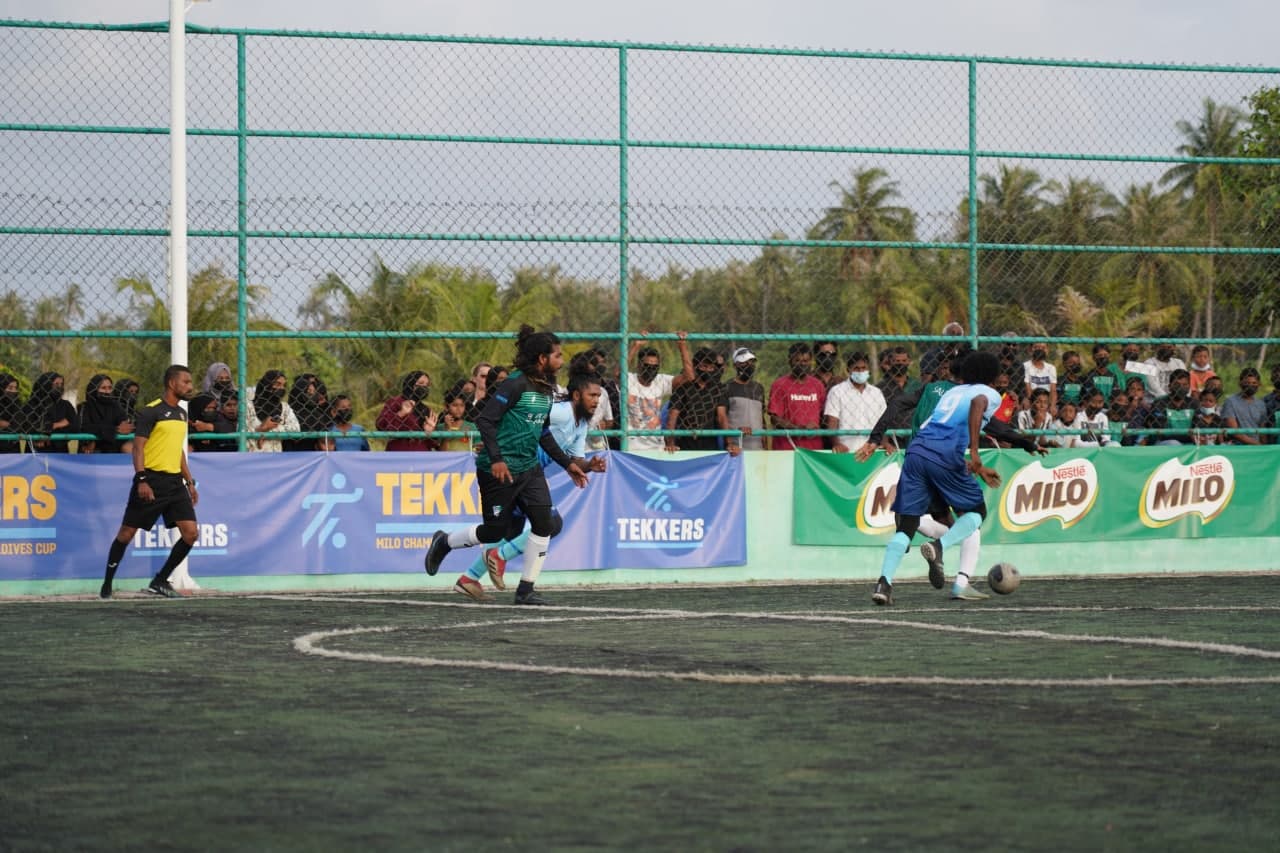 The Hdh Atoll cup commenced today at 17:00 with the first match played between host island Nolhivaranfaru and Neykurendhoo. Neykurendhoo won this match with ease by 0-4. The second match of matchday 1 was played at 20:30. Kulhudhuffushi went against Hanimaadhoo in this match. Hanimaadhoo won this competitive match by 0-2. Matchday 2 will begin with the match between Kulhudhuffushi and Kumundhoo. The second match will be played between Hanimaadhoo and Neykurendhoo. The matches will be played at the same time as matchday 1.

Tekkers Maldives Cup began in Sh Atoll. The winner from that atoll was Foakaidhoo. The tournament then went on to be held at N Atoll. The winner from that atoll was Maafaru. Both these winning teams played against each other in the Zone 1 Block 2 Final and Maafaru came out on top. Hdh Atoll’s Champion will have to travel to Maafaru and play against them to find out the Zone 1 Champion.