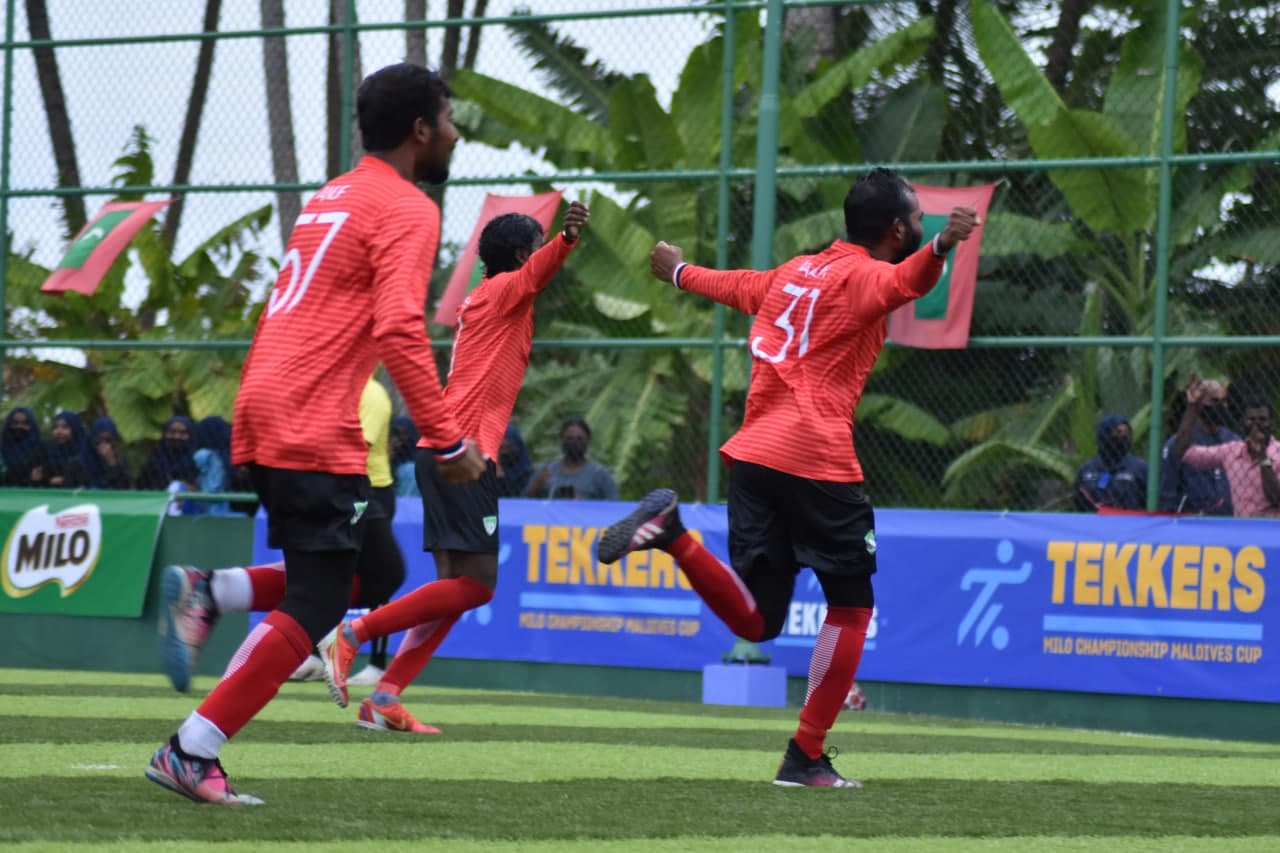 The Tekkers Milo Championship Maldives Cup Zone 2 is commencing on the 23rd of February in B. Dharavandhoo.

The Tekkers Maldives Cup Zone 1 was recently finished with Hdh.Kulhudhuffushi coming on top in Haa Dhaalu, Shaviyani, and Noonu Atoll. With this, Kulhudhuffushi is in the semifinals, and they will have to face off against the winner of Zone 2.

Zone 2 is beginning in B Atoll. The host island from B Atoll is Dharavandhoo. A total of 5 teams have taken part from B Atoll. They are Dharavandhoo, Eydhafushi, Maalhos, Kihaadhoo, and Kamadhoo. They will play in one group and the group’s top 2 teams will play in the B Atoll Final. The winner of B Atoll will have to play against R.Dhuvaafaru to find out the Zone 2 Block 1 Champion.