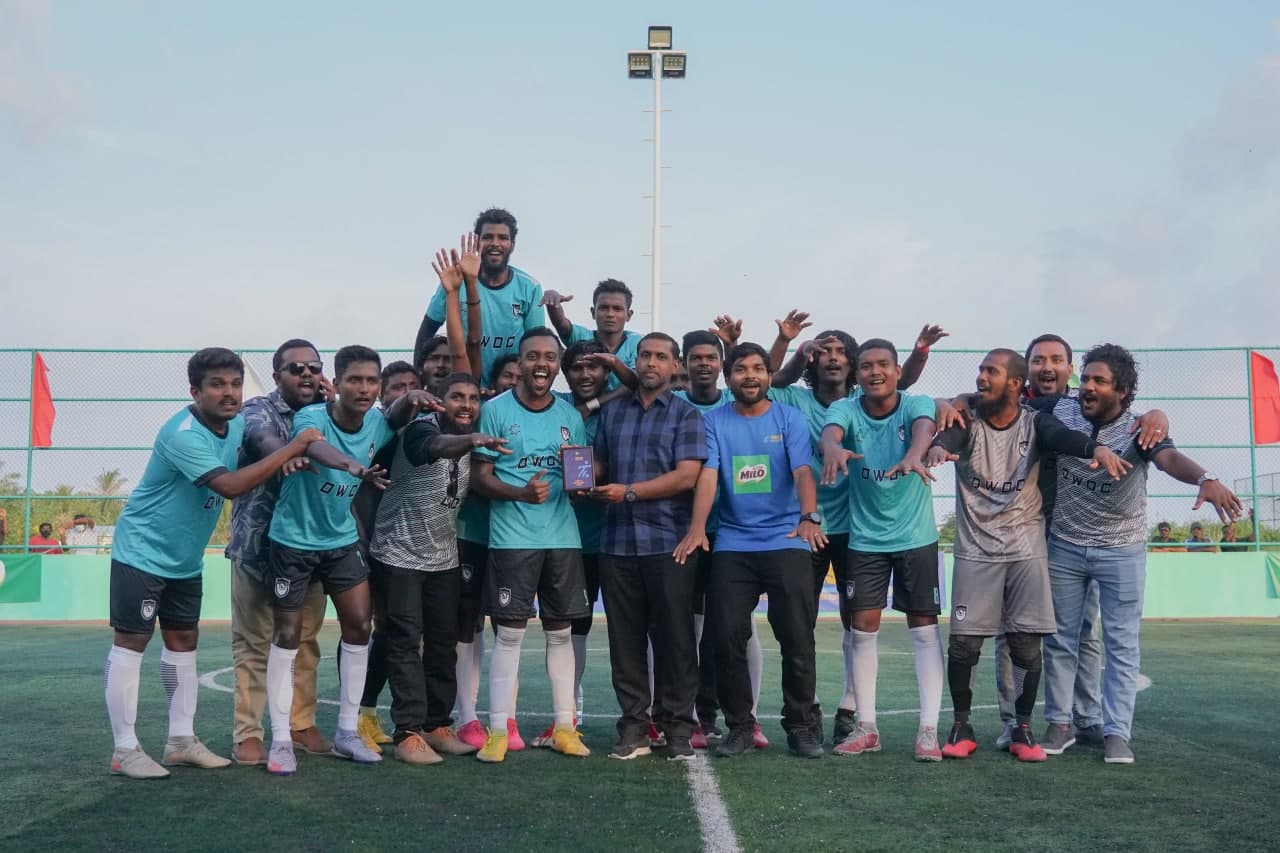 R. Dhuvaafaru has won the Tekkers Milo Championship Maldives Cup Zone 2 after they defeated Lh. Naifaru 5-3 at the final by penalties. The Man-of-the-match of the final was Dhuvaafaru team’s goalkeeper Ibrahim Abdulla (1).

The score during the full-time of the match was 1-1. Dhuvaafaru had taken the lead early in the first half of the match. But Naifaru upped their game in the second half and scored an equalizer. Dhuvaafaru were the better team on penalties, and they won the game by 5-3. With this result, Dhuvaafaru has traveled to the first semi-final of the tournament. They will be facing off against Zone 1 Winner Hdh. Kulhudhuffushi in the semi-final. This match will be played on the 6th of March at B. Dharavandhoo Futsal Ground. The kick-off time for this match will be at 20:30.