Hdh. Kulhudhuffushi are the North Champions of Tekkers Maldives Cup 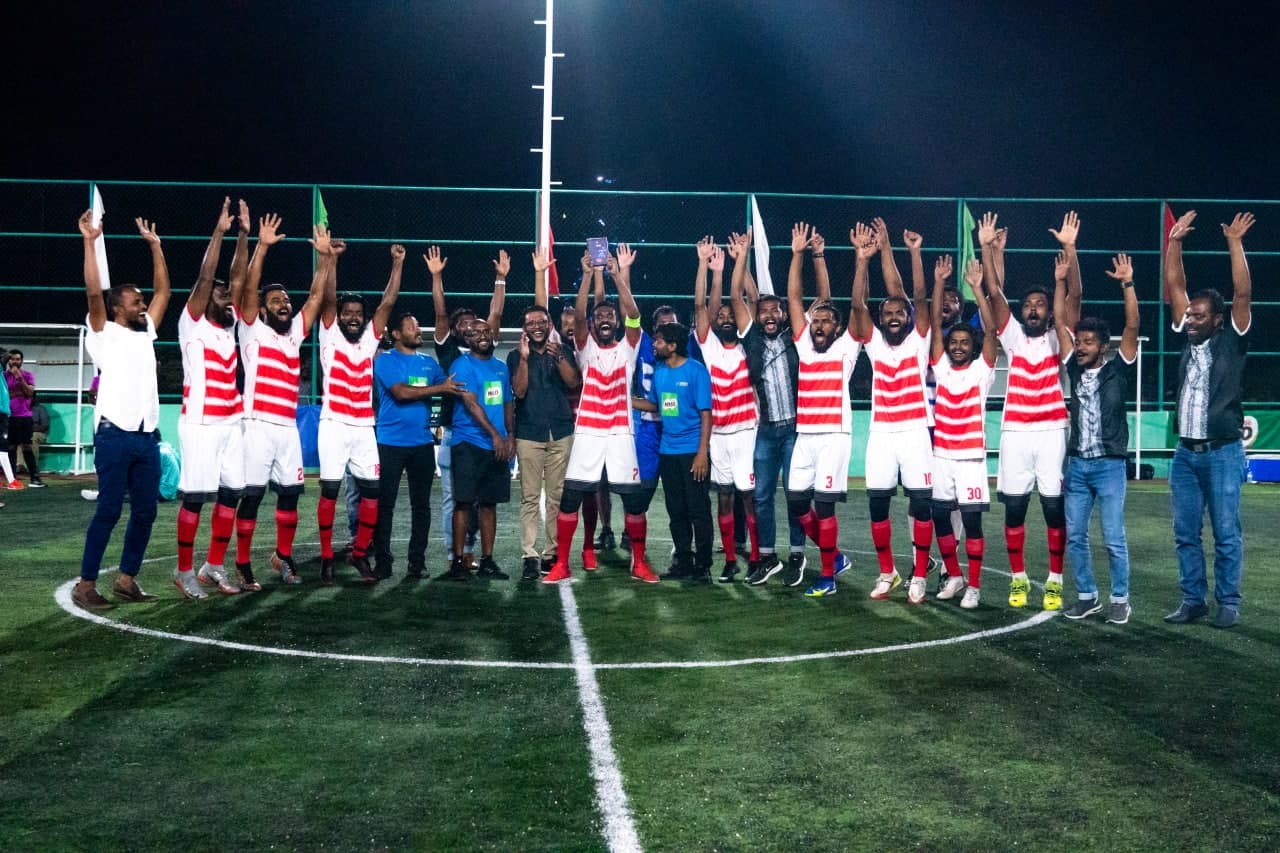 Hdh. Kulhudhuffushi is the North Champions of the Tekkers Maldives Cup after they defeated R. Dhuvaafaru 11-10 at the final by penalties. The Man-of-the-match of the final was Kulhudhuffushi’s goalkeeper Maahy Abdulla (20).

Both the teams played very well during the match. R. Dhuvaafaru was the first to score. They had taken an advantage of 2 goals within the first half, but just minutes before the first half ended, a long shot from Kulhudhuffushi team’s captain Ahmed Dawood (David) 7, ended up in the back of the net. The first half ended with Dhuvaafaru leading 2-1. The second half was just as thrilling as the first half. Neither team was able to get the better of the other team and the score by the full-time was 3-3. After a long and nerve-racking penalty shootout, Hdh Kulhudhuffushi won the match by a total score of 11-10.

With this, Kulhudhuffshi was crowned the North Champions of Maldives. This means that Kulhudhuffushi lands a spot in the Maldives Cup Grand Final. Their opponents in the final will be the champions from the South of Maldives. The South round will start on the 10th of March from K. Maafushi. Maafushi will be playing against K. Guraidhoo in this match.