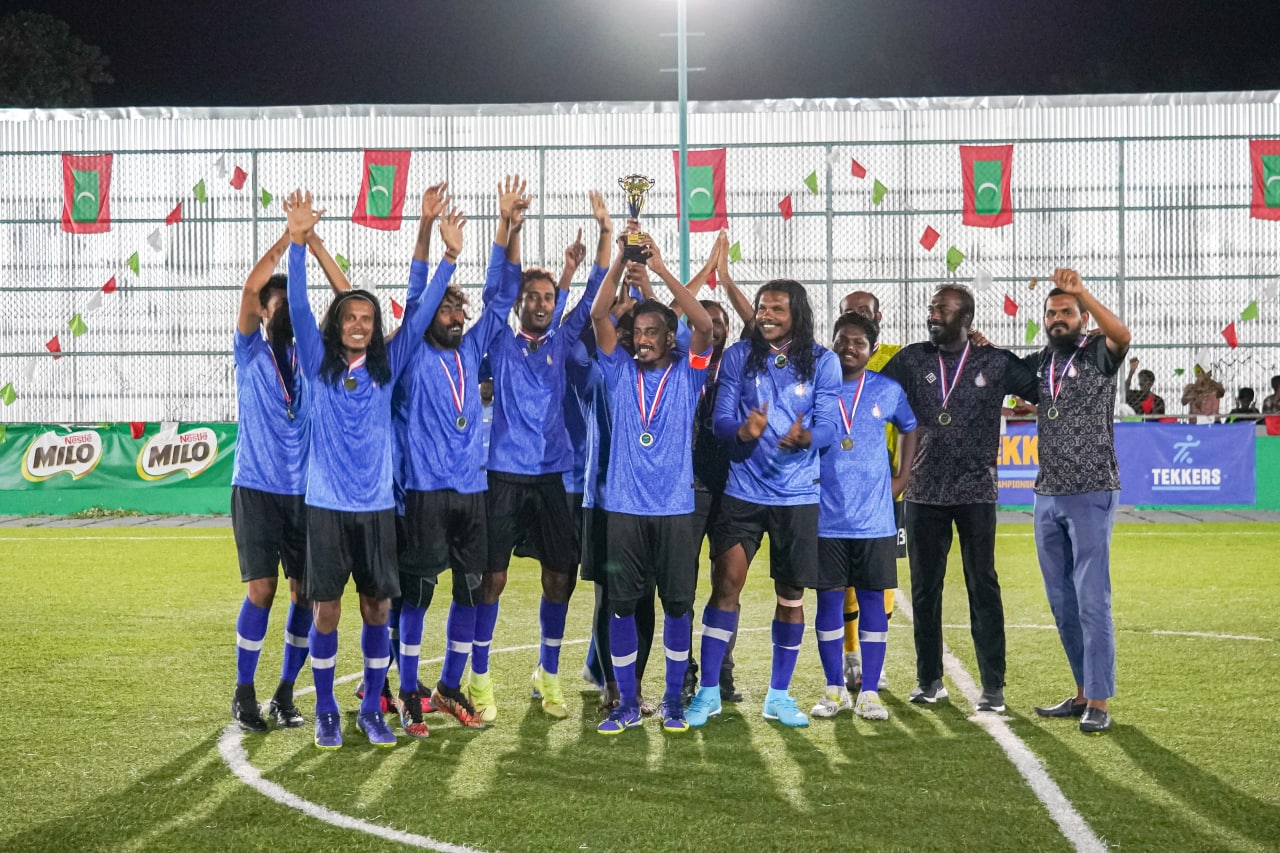 M. Mulah are the winners of the Tekkers Milo Championship Maldives Cup Meemu Atoll tournament after defeating M. Muli in the atoll final by 1-0. The Man-of-the-match was M. Mulak’s Adam Shaheem (10).

A total of 4 teams had taken part in the Meemu Atoll tournament. The teams are Maduvvari, Naalaafushi, Muli and host island Mulah. After the 3 days of group stage matches, Muli came out in first place and Mulah came out second in the group table, and they advanced to the atoll final. Muli defeated Mulah in the group stage by 3-2. However, Mulah got their revenge in the atoll final after their jersey number 10, Adam Shaheem (Aana) scored a last-minute winner.

With this, M. Mulah has advanced to the final of Zone 3 as the winners of Block 2. They will face off against Adh. Mahibadhoo at the final on the 31st of March at 17:00. This match will be played at M. Mulah Futsal Stadium.